Every now and then we hear about dogs having awesome or unusual abilities to do a specific task or trick – that is the keyword: trick. Half of the dogs that we read about or we see on the internet or other media usually are known for the tricks that they are able to do which amuses their audience – but how many of them really affects our lives?

In this article we get to know one. Meet Paris, a  9-year old Boxer who helps humans save the planet in her own little way – she picks up litter that she sees along the way during her walks! 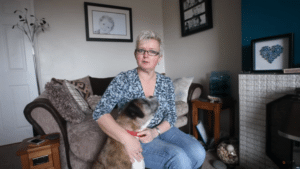 Her parent – Fran Hodges, a resident of Bodmin, Cornwall in England – has stated that Paris was never trained nor taught to do such task but rather it is an innate habit of the cute pup. They go for walks in the evening and whatever trash she sees on the street, is considered gone.

We can’t even do this simple task for our planet and this adorable Boxer is putting us all to shame! Hopefully she can serve as an inspiration to humans. Not just to pick up trash on the streets, but to train our dogs as well to do the same. That would be an amazing feat if dog owners will be walking pets that can pick up trash along the way.

It may seem insignificant if there are only a few dogs who can do it but the current estimate of the number of dogs around the world is around 32 million. Imagine if even half of that estimated number can do what Paris can do? That would decrease street trash exponentially!

As of now we can only dream and drool at the idea of an army of Eco-warrior dogs. Hopefully, Paris will serve as an inspiration for other dog owners to train their pets. Just remember that it starts with you.

See Paris in action below:

Blind Rescue Dog Saves The Woman That Adopted Her

Couple Learns About Puppy Mills, Swears To Never Have Anything To Do With Them Again

Man Steps Inside Vet Office Then Dumps Bald Puppies – And...

Earlier last week, a man wearing a hooded jacket and a tracksuit stepped inside West Mount Vets located in Todmorden, England. A box in...

A Dog And A Blind Cat Are Travel Buddies

Couple Learns About Puppy Mills, Swears To Never Have Anything To...

Blind Rescue Dog Saves The Woman That Adopted Her

Dog Shot By Kids Meets Her Best Friend Who Helped Her...